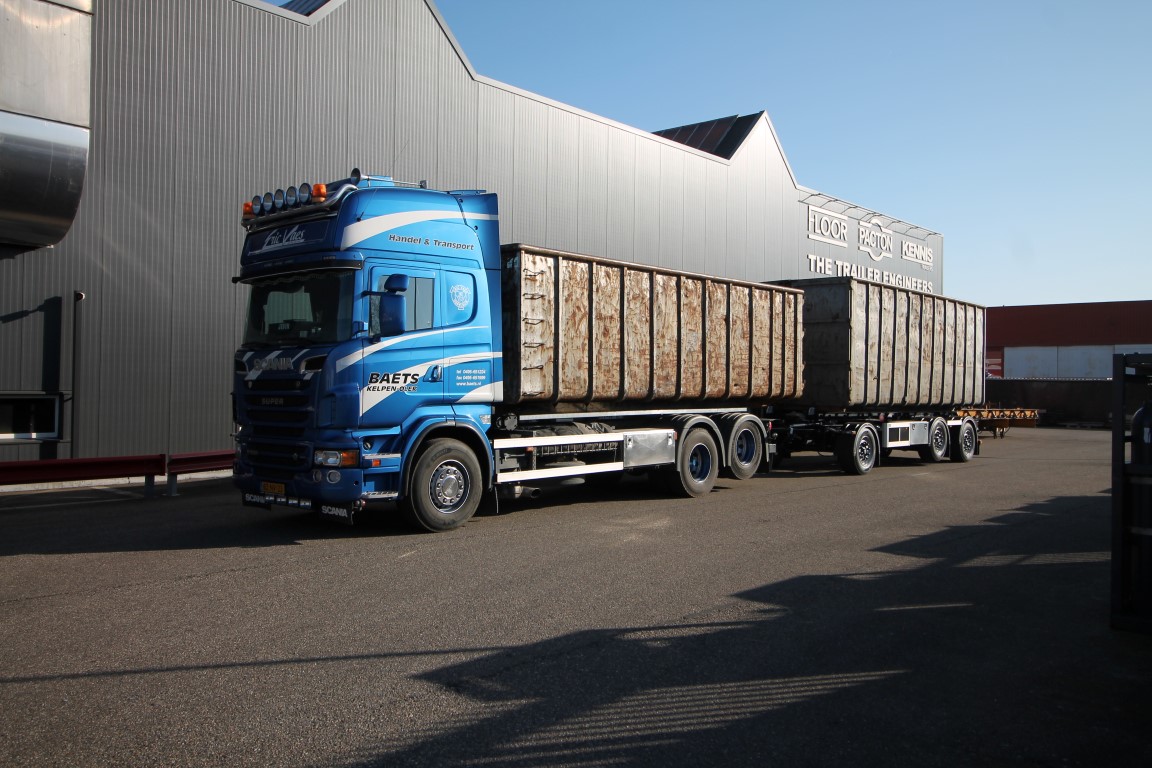 NewsBAETS HAS TRUSTED FLOOR FOR 50 YEARS

BAETS HAS TRUSTED FLOOR FOR 50 YEARS

7 June 2020 Baets Trade and Transport from Kelpen-Oler currently works with a fleet of nine trucks and thirteen semi-trailers of which a relatively large number is Pacton/Floor semi-trailers for container transport.    The latest two new S-Line semi-trailers of the type FLA-9-18 has recently been commissioned, straight after delivery.  These vehicles are used to transport demountable bodies in which paper in bulk, metals, plastics and other recycling materials are collected.  Not only does Baets operate in the Netherlands, but also in Germany, Belgium, Luxembourg and France.  Director Marc Baets reasons their brand choice stating that they have worked with Floor semi-trailers for 50 years already.  In recent times Baets has acquired six exact the same Floor semi-trailers and had them delivered in three times.  Director Marc Baets explains that they are perfect for the job.  Marc Baets and the 17 employees of Baets are working hard every day to deliver the best service to their customers.  Baets elaborates the quality of the Floor products are good and that the semi-trailers have met their needs for the last decade.  They have been driving with Floor semi-trailers since 1969 and the Pacton quality now is still high.

The history of Baets Trade and Transport goes back more than a hundred years.  Marc Baets represents the fourth generation that is actively involved in the family owned business.  Besides the Floor semi-trailers, the fleet also consists of walking floors, tippers, container combinations and covered trailers.  Steep loading and vertical loading are no problem either.  On the one hand Baets Trade is operates in the purchase and sales of forage, oil products, fertilizers and various kinds of recycling material.  On the other hand Baets Transport specializes in mainly in the transportation of waste and recycling materials.  Furthermore, the company disposes of their own storage and transhipment facility as well as an electronic weighbridge (70 tonnes) and a well equipped workshop.

The new semi-trailers for Baets have three nine tonnes axles and they are 7,20 m in length.  The first axle and the axle boogie are equipped with a lowering device, to enable the chassis to be lowered when a container is being loaded or unloaded.  The axles are widespread and the front axle can be lifted.  The nine tonnes axles in combination with the widespread execution are unusual, yet Baets chooses this to enhance stability.  The advantage that it offers becomes clear when dealing with one-side loaded containers.  Containers of between 6 m and 7,5 m can be transported by means of two removable stops that can be mounted on seven different positions.  The semi-trailers have each been fitted with LED lights and extras such as a stainless steel box, a galvanized spare wheel carrier (spare wheel included), corrugated sheet metal above the turntable and a Smartboard to read out axle loads.  To realise the most durable coating, the chassis were blasted with grid, metalized and then sprayed with primer and chassis paint.

The new Floor semi-trailers have been implemented immediately by Baets for their daily transportation practices.  For years to come, they will be transporting a variety of recycling material across many borders.  Baets adds that they are in possession of waste transportation permits for the Netherlands, Belgium, Luxembourg and Germany for material on the European list of wastes (EURAL).  Besides that, he explains that they have special containers for the transportation of waste liable to ADR.  Their centrally located premises in Kelpen-Oler is perfectly equipped storage and transhipment.  Baets says that they have storage capacity of 22,000 m² outside and a further 2,500 m² on the inside.
Ik wil deze trailer